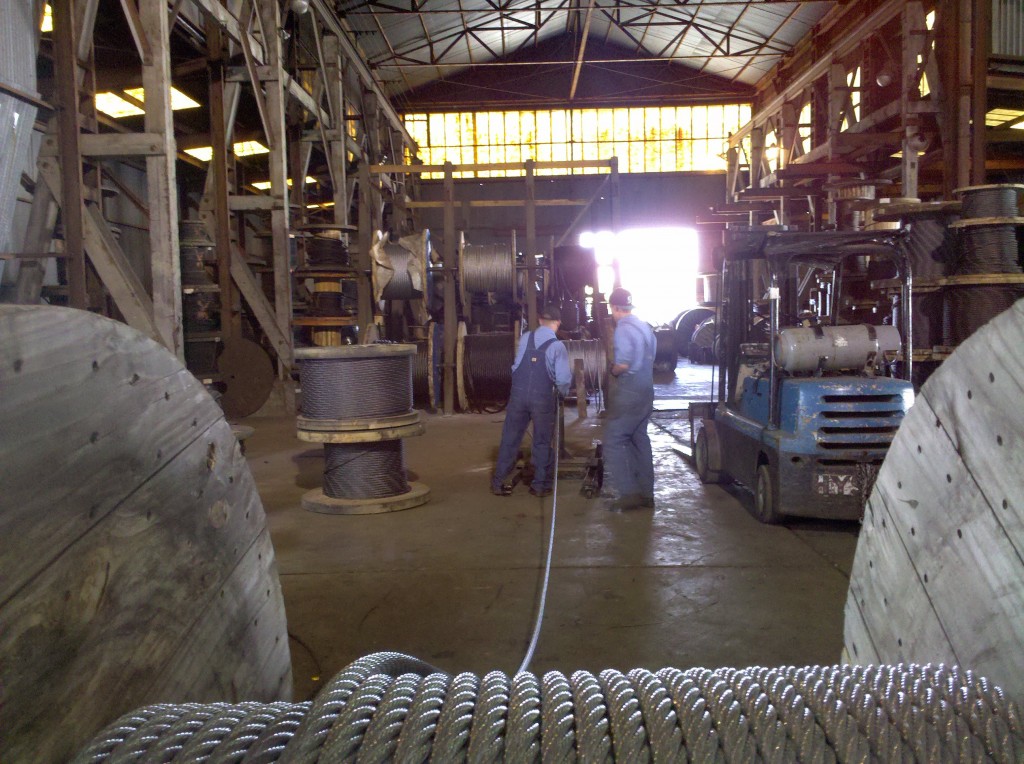 Wire rope is made of a number of multi-wired strands laid in a helix around a core of steel or fiber. Each member of this machine, that is the wires, has a precision tolerance to allow the rope to operate.

The wires, used to construct the strands, derive their physical properties from chosen metallurgy, cold-metal working and heat-treatment, and greatly influence the life span of the rope.

In the formation of strands, any number of variations of wires and sizes can be conceived. However, with years of experience in rope designing, certain number of wires and manner of forming them in strands have been standardized.

In rope formation, the strands are laid in a prefixed helix around a core -which provides the support to the strands. The strands could follow either a left- or right-hand spiral and the direction of wires in the strand could be the same as that of the strand (LANG LAY) or opposite (REGULAR LAY),

Most wire ropes are supplied either with a fiber or a steel core. The core is the foundation of a wire rope. Its primary function is to support the wire strands of the rope, maintaining them in their correct relative positions during the operating life of the rope.

Fiber cores are ropes made from fibers formed into yarns, then into strands and finally into the finished core form. There are two general types of fiber: natural vegetable material, such as sisal or cotton, and synthetic filaments, such as polypropylene.

Steel cores comprise an independent wire rope (IWRC) or, in the case of small diameter ropes, a wire strand core (WSC). These steel cores provide more substantial support than fiber cores to the outer strands during the rope’s operating life. Steel cores resist crushing, are more resistant to heat, reduce the amount of stretch, and increase the strength of the rope.

When a lay-length is used as a unit of measure, it refers to the lengthwise distance a single strand extends in making one complete turn around the rope.

Lay length is measured in a straight line parallel to the center line of the rope, not by following the path of the strand. The appropriate time to replace a wire rope in service is frequently determined by counting the number of broken wires in the length of one rope lay. 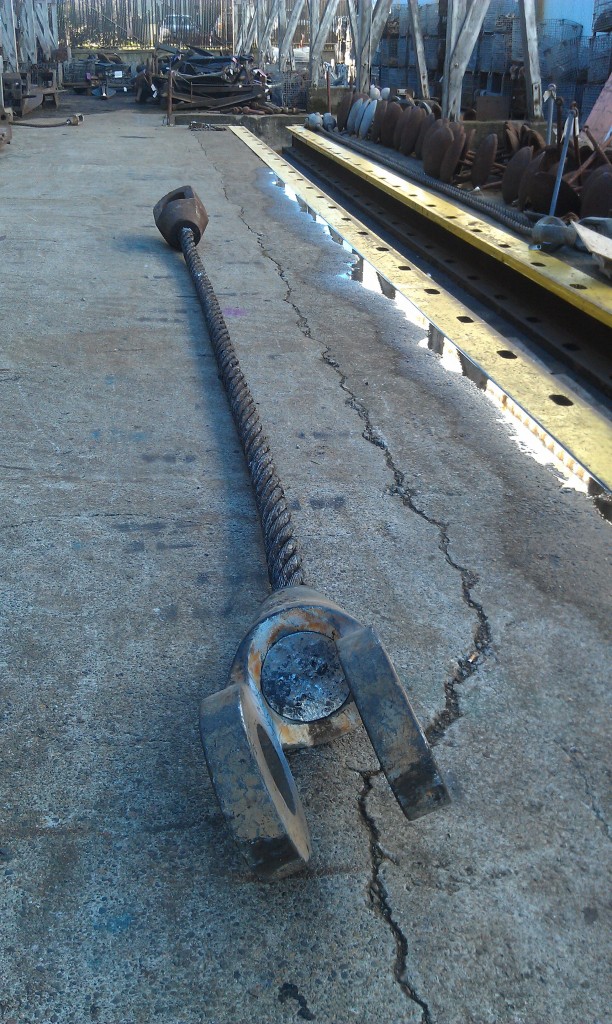